It’s now the end of June and time has imitated my favourite subjects and flown! 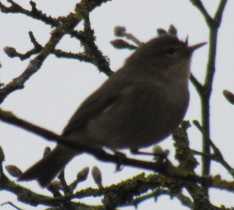 At the start of June we heard a new song in the bushes by the motorway. We searched and searched and finally spotted her in the low trees. She never really sat still. After a lot of shots I managed to get enough detail to think that this is a reed warbler. The tail is quite impressive but she’s amazingly shy.

The Migros magazine told us that there were now Bee eaters near Lausanne, so we pootled out to have a look. They are not usual this far north. Another sign of global warming, for there are many pairs nesting in the quarry  at Penthaz. This site has better pictures. I only managed a silhouette and a distant shot to pick up some of the colours. This might mean time for an expensive lens 😦 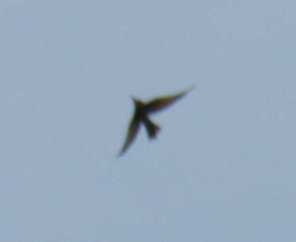 I did get a cute shot of a red kite with a mouthful of  nest building material. This was opposite the decheterie in Bellevue where there are often many wheeling in the sky.

And I thought I’d put this photo up too which I took a while back. I thought initially it was a buzzard but it may actually be a black kite (colouring and tail shape). Either of my two followers who would like to enlighten my ignorance would be a star!

To celebrate Catriona’s birthday we went up to the lac de Salanfe above Martigny. Easy to say. 10km and 1000m. But so rewarding. The chamois and marmots all posed nicely though the Ibex scampered off before I could snap them. I think it was near the end of the hike where removing the lens cap might just have given me a hernia.

Then just as we approached the dam face I saw a new friend scampering along like a blackbird with a worm. But not the right colours.

Interesting pattern on the thighs. Sunbathing in tights?

I give chase, literally as he’s not away to fly. But he does keep under cover …

Is that a white collar? It’s not the vicar that’s for sure …

Ahh… a Ring Ouzel. I’m really turning into an anorak!

Then back to Geneva where surprise surprise, we are in the tropics! 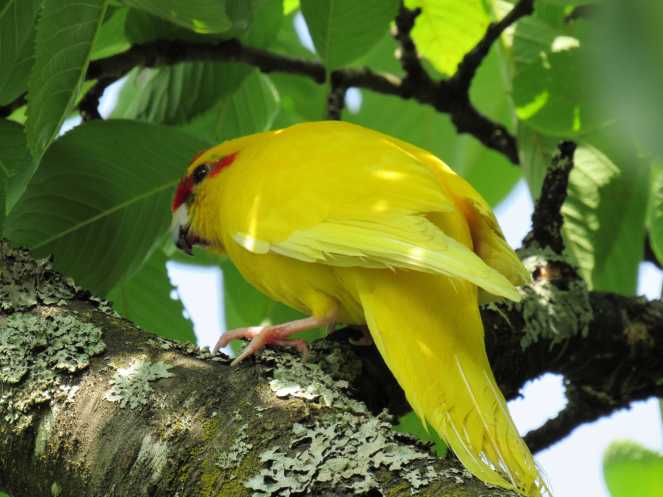 I think they’re called accidentals. I think this one accidently escaped from a nearby house. He adored our cherries, which I hope you are all eating!

And so to Scotland

Where skipping along the coast path from Carnoustie to Arbroath we see a Reed bunting in his rather smart summer feathers.

There will surely be more soon as we’ve had to stop cutting the hedge for fear of upsetting the fledgling Great tits. And it’s time to see the Ospreys too!

View all posts by Alan Mackenzie