Everyone I ask in Carnoustie has heard of May Island but have never visited. I hope these few pictures will encourage them. The Island is in the Firth of Forth and can be reached from Anstruther in Fife by boat or rapid inflatable. There is also a possibility from North Berwick. Check out the sites here & here

We went in July when nearly all the birds are raising young. The main attraction is the huge colony of Puffins, over 80,000 this year. The skies are full of them racing back and forth to feed the wee ones.

Not the most elegant of birds

but pretty good at fishing! 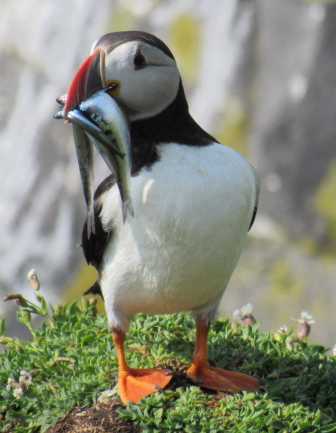 The puffin chicks have to walk to the sea from their burrow and sometimes they get lost. This fellow was being taken away from the island to be released away from the gulls.

There is also a large population of arctic terns who defend their young most vigorously. It doesn’t help when the chicks stray onto the path…

Here’s the parents in attack mode, take a hat! 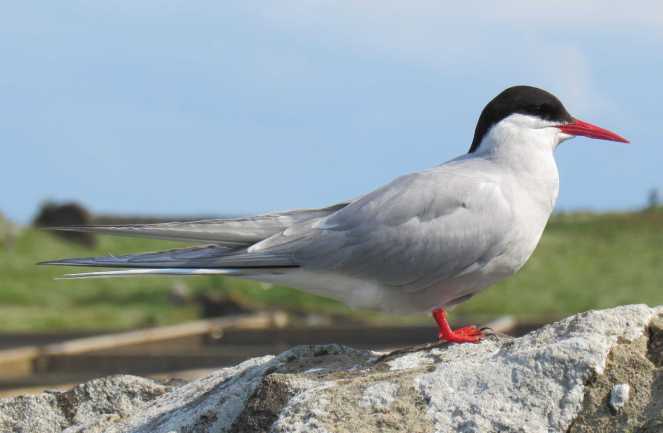 There are also Razorbills and Guillemots on almost every cliff ledge 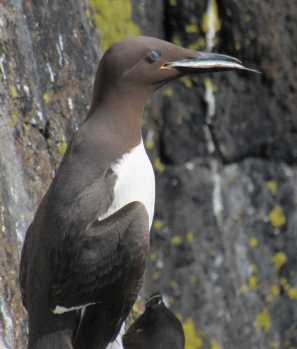 The guillemot babies have to jump into the sea before they can fly. Sometimes hundreds of feet. Brave wee chaps. Finally found out that the best distinguishing feature between a shag and a cormorant is the yellow at the base of the beak on a shag. 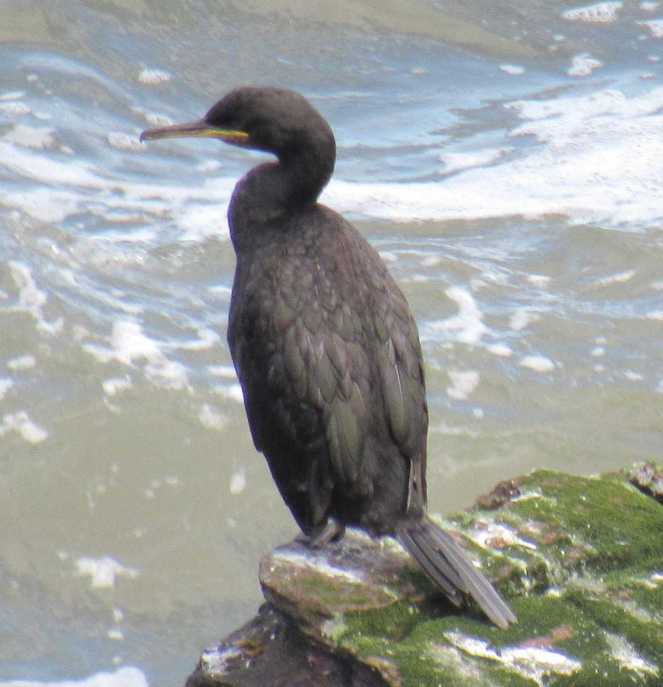 There are also gannets, fulmars, kittiwakes, and every kind of gull. We just didn’t have enough time to catch them all on film. The island also hosts “land” birds too. Here’s a rock pippet singing his head off, or telling us to go away

And a very fat and tranquil colony of rabbits who have no natural predators there. Oh, and of course the grey seals all around the rocky shore….

The icing on the cake was the pod of dolphins we were able to sail alongside as we returned in the evening. You should also check out the fish and chips at the Anstruther Fish Bar!

View all posts by Alan Mackenzie